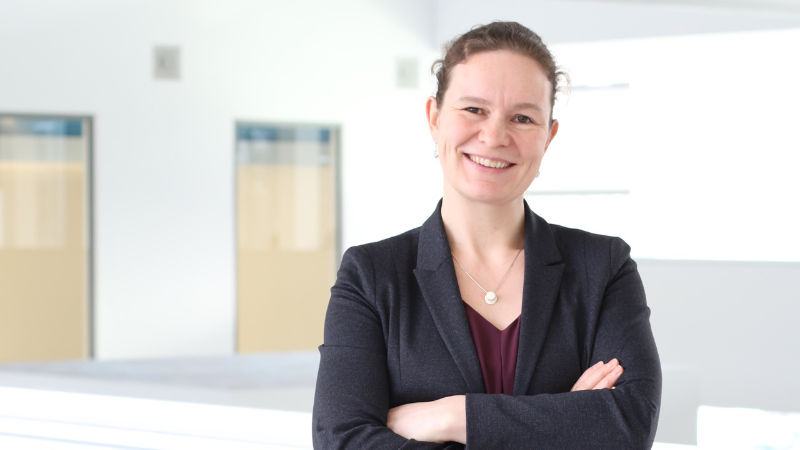 The neocortex is considered to be the seat of higher cognitive functions in humans. During its evolution, most notably in humans, the neocortex has undergone considerable expansion, which is reflected by an increase in the number of neurons. Neocortical neurons are generated during development by neural stem and progenitor cells. Epigenetic mechanisms play a pivotal role in orchestrating the behavior of stem cells during development. We are interested in the mechanisms that regulate gene expression in neural stem cells, which have implications for our understanding of neocortex development and evolution, neural stem cell regulation and neurodevelopmental diseases.

During the development of the mouse neocortex, stem and progenitor cells initially proliferate, then sequentially give rise to neurons destined to different cortical layers and finally switch to gliogenesis resulting in the generation of astrocytes and oligodendrocytes. Precise spatial and temporal regulation of neural progenitor differentiation is key for the proper formation of the complex structure of the neocortex. An impairment of the development of the brain, as observed in patients with neurodevelopmental disorders, is frequently linked to compromised intellectual abilities.

Chromatin modifiers of the Polycomb group of proteins are known to regulate several different aspects of neocortex development (Albert and Huttner, 2018). By epigenome profiling in specific neural cell populations, we have shown that Polycomb and Trithorax-mediated histone methylation is highly dynamic during neocortex development (Albert et al., 2017). Moreover, by CRISPR/Cas9-based epigenome editing in vivo, we could show that altering histone methylation at a selected promoter was sufficient to reduce the expression of a key neural transcription factor resulting in altered neural progenitor abundance (Albert et al., 2017). We are continuing to develop tools for in vivo epigenome editing, enabling gene-specific functional studies of epigenetics in the developing brain.

Evolutionary expansion of the neocortex

Interspecies differences in both neuron number and neocortex size are thought to arise from differences in the proliferative capacity and the abundance of neural progenitor subtypes. Specifically, one progenitor type, the basal radial glia, is particularly abundant in mammals with a large, folded neocortex and is characterized by extensive self-renewal and proliferative capacities. Transcriptome studies in different mammalian species have uncovered genes that are expressed in human basal radial glia, among which are human-specific genes that may have contributed to neocortex expansion during evolution (Florio et al., 2015; Florio et al., 2018; Kalebic et al, 2018). However, the gene regulatory mechanisms that orchestrate specific gene expression programs from the genomic DNA in different neural progenitor cell types in different species remain poorly understood.

Gene transcription is initiated at promoter sequences immediately upstream of a gene, but differential gene expression in specific cell types is controlled by often distally located regulatory elements. This complex regulatory landscape allows cells to respond to developmental and environmental stimuli. Interestingly, genome-wide association studies have uncovered that more than 90% of disease-associated variants lie in non-coding DNA, suggesting that dysregulation of gene expression contributes to disease (Krijger and de Laat, 2016). We are studying gene regulation using in vivo models and in vitro human iPCS-derived 3D brain organoids. Our work aims to provide new insights into gene regulatory mechanisms with implications for neocortex evolution as well as neuropathologies.

The aims of our research are